Anybody know of any ACTUAL LED Fog Lights?

Traditional fog lights are lights mounted low on the vehicle and cast a very thin but wide horizontal beam.

They are easily angled to keep the majority of the light on the road and out of oncoming traffic's eyes.

I've owned quite a few different models using Halogen H3 bulbs. And while the expensive models did seal better, I found even the cheap Walmart units did a decent-enough job particularly when using 100w bulbs (instead of the DOT approved 55w).

However with the advent of LED lights, there doesn't seem to be any "true" Fog lights. There's plenty that claim to be, but aren't. They are either spot lights or a combination of spot (highly focused pencil-beams) and flood (broader angle to cover most of the forward view). But both spot and flood cast light in a fixed angle cone and thus light is sent out upward, downward, and to the sides with no effort to limit how high the light is cast to prevent blinding oncoming traffic. As a result, spot and flood should only be used as high-beam augmentation illumination, and thus not powered with oncoming traffic.

I got a set from Amazon that I thought would work since they also included side-shooter LED chips as well as the forward facing LEDs. But after connecting them, what I found is that the forward facing LEDs are a combination of flood and spot light focus. And even with the most aggressive down-angle of the housing I could aim them, they were still WAY too bright to look directly at even in the middle of the day. I can't imagine how blinding these would be at night.

Add to that, the side-shooting LEDs (unlike the forward shooters) are a bit undersized. I can look right at the chips no problem. They send just as much light into the trees as they do to the ground. They would probably be OK at night when it mattered...certainly better than nothing. These would be great "Jeep" lights for offroad illumination, but they are anything but a fog light.

Before I bought the ones I have, I found some dual front-side shooters that you can actually control separately with the obvious intention of running the side-shooters as DRL/Fog lights and activating the forward shooters as high-beam augmentation. Some are even amber side-shooters with standard white forward which is kinda neat. And while having the side-shooters is better than nothing, a big part of my motivation in wanting a fog light is to side-illuminate for seeing the road directly to my left and right at night as well as getting light onto the road during foggy conditions.

Does anybody know of a brand/model of universal "true" LED fog lights that are affordable? I know RIGID makes a set of fog lights, but they are north of $200 a set. I'm sure they are great lights, but I'm not trying to spend that kind of money. I'll just stick with traditional Halogens if that's how much I have to pay to get a genuine fog light.
...Always Somethin'

I havent found any led fog lights worth a damn. There are some good companies that sell led conversions for your original fog light housings that have a wide spread. Give superbrightleds.com or xenonhids.com a look. I personally use HIDS for my headlights and foglights on my mustang as the led kits available were just not bright enough. My escalade uses a combination of hid projector lights for headlights (factory) and I upgraded the factory halogen fog light bulbs to led and they are very bright. I guess it all boils down to housing style and whats available out there.
1992 Mustang LX - 25.1c Chassis, Vortech Blown Dart 333 on Meth, Lentech Trans, TRZ Backhalf, A9P Tune, Moates QH/SL v1.9, BE, EA, TunerView

I have no doubt the RIGID lights that claim to be fog lights do cast a fog-light pattern. I'm just not looking to spend that much for them.

A cheap pair of white or yellow LED running lights mounted on the sides of the bumper would probably do what I need to illuminate the sides of the vehicle at night, but that just wouldn't look good. I might as well deck the truck out with chrome rims, fender flares, plastic louvers, maybe some dice or a flag hanging from the rear view, and whatever other chrome crap they sell at AutoZone. 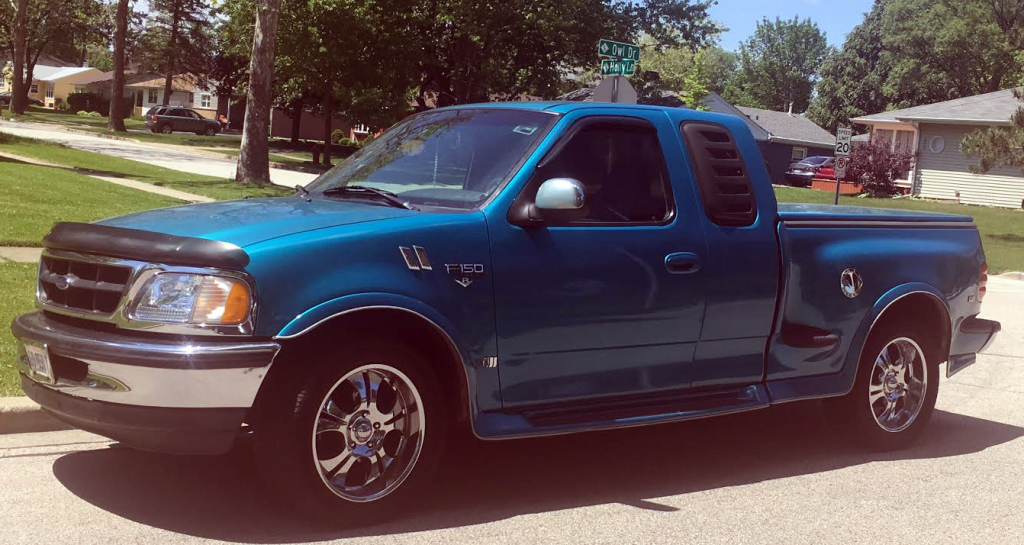 Until I stumble across something more compelling, I'll stick with H3 based Halogen fog lamps. I guess what irritates me the most is sellers misuse of industry standard terms like fog, flood, and spot lights when describing their products...whether the misuse is ignorance or intentional, i can't say.
...Always Somethin'

Rigids are good but a bit pricey though.
Top

A bit pricey? I'm looking for something in the $30-60 range. Rigids usually don't start until well over $150 a set and the "true" LED fog lights are $250+...that's too rich for my blood. I'll stick with Halogens until something better comes along. And someone will make something more affordable. It's just a matter of time.
...Always Somethin'

Looking forward to the reliable and affordable ones you found.
Top

Those look similar to the Fog lights from Rigid, using the light-pipes the shape the beam. On the Rigids, the pipes visually are vertical, but produce a horizontal spread, which is a bit counter-intuitive. That seems to be the same for these.

For these,
How do you like them?
Are they really fog lights?
Being they are meant to reuse the mounting hardware of a Jeep, how difficult was it to fabri-cobble something to work in an application they weren't meant for? Just looking at the pictures, they don't appear to come with hardware that would make them universal-mount. I'm just curious as to what you came up with.


I also find it odd that in the "Features" description, these are described as driving lights but the title clearly calls them out as fog lights and they are clearly made to mount into a Jeep's fog-light location as fog lights. (copy/paste error?)
Sometimes people that sell stuff on eBay don't really know what they are selling. And the majority of the time, they don't need to. But in cases like this, words matter. And describing a fog light as a driving light (or vice versa) is out-right false advertising whether accidental or intentional.
...Always Somethin'

Car is not mine, but owner is satisfied. I modified original mounting hardware, but I think they could fit on newer Fords straight. Fitting pattern is similar than in Fiesta/Focus ST. Pity I did'nt save measures.
Ford Mustang Cobra -94. Focus ST 2013
https://www.auto-huolto.com/texelectric
Coretuning/Moates/HPTuners/Innovate/Tunernerd Knock Monitor/
Top
Post Reply
10 posts • Page 1 of 1

Users browsing this forum: No registered users and 1 guest